At all Charleston’s auctions we include a selection of high quality bronze sculptures and fountains from the classical, art nouveau and art deco periods through to modern day pieces in a variety of sizes. All are created using the ‘lost wax’ process, considered the most precise casting method available to ensure accurate reproductions of the original works. As well as classical reproductions, the sculptures we feature were originally created by some of the best-known European and American sculptors working in the 19th and 20th centuries.

Bronze sculpture has been used by many civilisations throughout history dating back to the bronze age. The Greeks were first to create full life sized sculptures, only a few of which remain in existence – many more Roman bronze sculptures can be still be found in good condition.

Sculpture didn’t escape the modernist movements of the late 19th and early 20th centuries. Starting with the work of Auguste Rodin, modern sculpture moved away from the Neo-Classicism of the 19th century academies, reacting to the urbanisation and industrialisation of the times. Some of Rodin’s most famous statues include the “Burghers of Calais”, “Balzac”, “Victor Hugo”, “Gates of Hell” and “The Thinker”.

Pablo Picasso is another highly influential sculptor of the 20th Century who changed the face of sculpture by creating sculptures using a combination of different objects and materials – collage in three dimensions. The “Chicago Picasso” (1967) is perhaps his most famous work of monumental sculpture.

CHARLESTON’S IS AN OFFICIAL MEMBER OF THE AUSTRALIAN AUCTIONEERS AND VALUERS ASSOCIATION AND THE INDIGENOUS ART CODE.

Charleston’s was formed in 1997 by a group of like-minded individuals who shared a passion for art. We also had a common belief though art can be defined as “fine”, it doesn’t necessarily mean it should be elitist nor affordable only to investment bankers and multinational corporations. By creating Australia’s first and, by far, most successful traveling art auction house, we regularly bring quality works of art to Australia’s capital cities and we are the only auction house that travels to major regional centres. 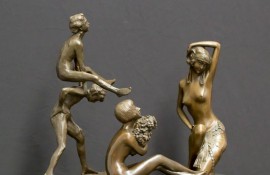 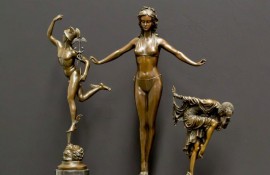 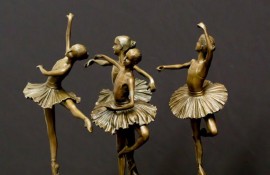 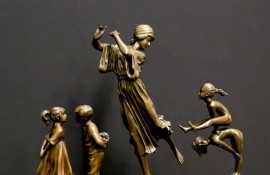 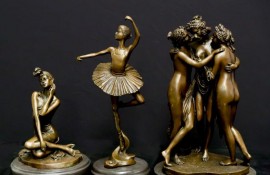 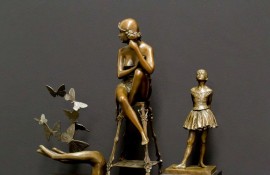